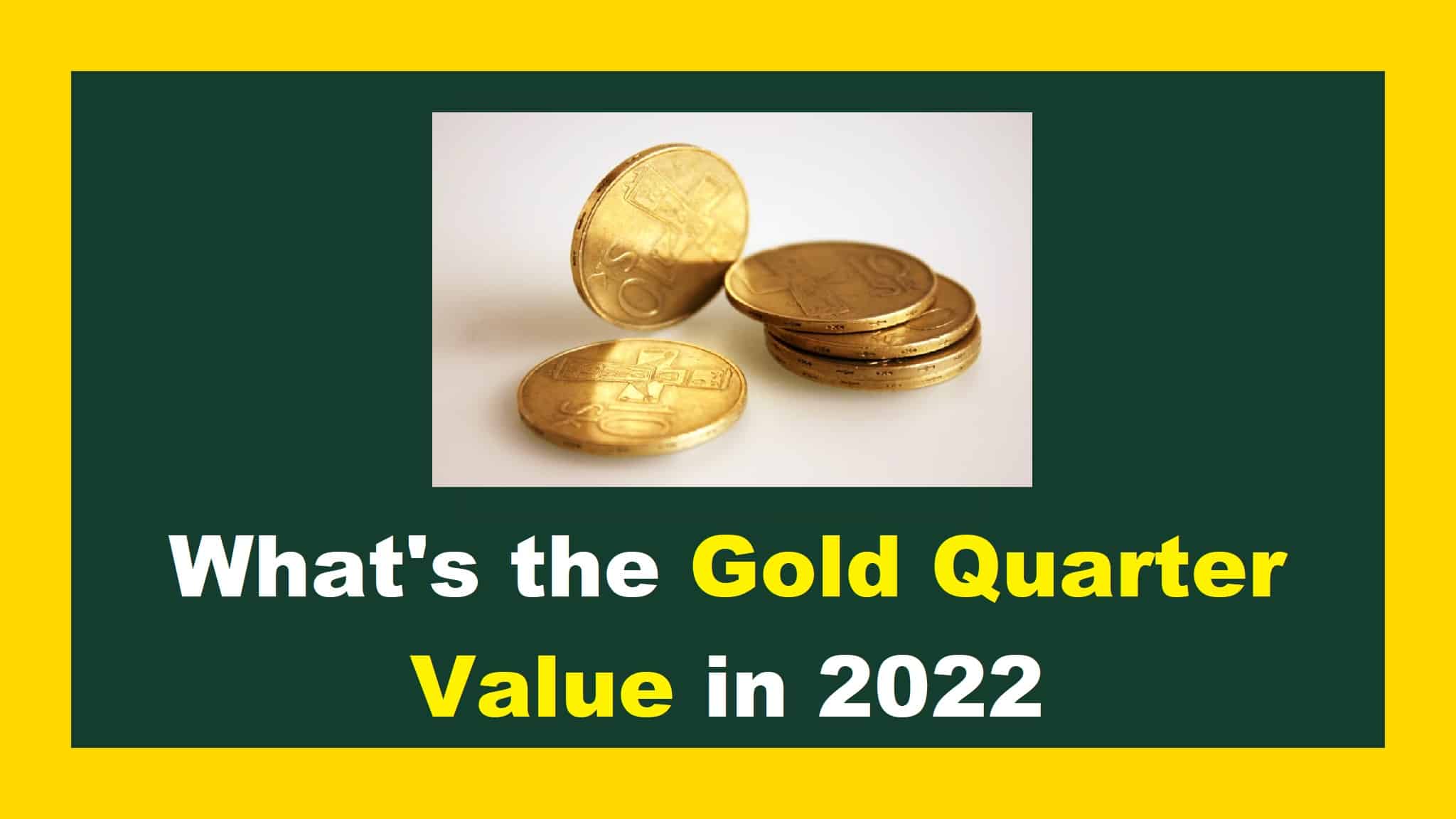 Regarding fantastic long-term investment possibilities, the gold quarter coin is undoubtedly one of the safest bets. Gold bullion prices have historically survived inflation, ensuring that any type of precious metal investing is worthwhile now.

Unlike other precious metals, such as platinum and silver, gold does not have an extensive range of suitable coins or bars used as investment options. The gold quarter refers to a particular coin, the Standing Liberty Centennial Gold. It’s important not to get confused with the more common and less valuable gold-plated quarters.

This guide will analyze the worth of the gold quarter coin to determine whether it is suitable for investment reasons. Before investing in gold quarters, you should understand the coin and how it differs from other currencies.

What Exactly Is a Gold-plated Quarter?

You’ve probably noticed gold-plated quarters shown on television as unusual and valuable. Many investors purchased into such quarters in the late 1990s and early 2000s, believing they were suitable investments that might produce a good profit later.

Unfortunately, most of these quarters were regular ones plated with a tiny bit of gold – usually less than.003″ thick. Those intending to profit from these ostensibly unique coins were most likely disappointed when they tried to sell them. 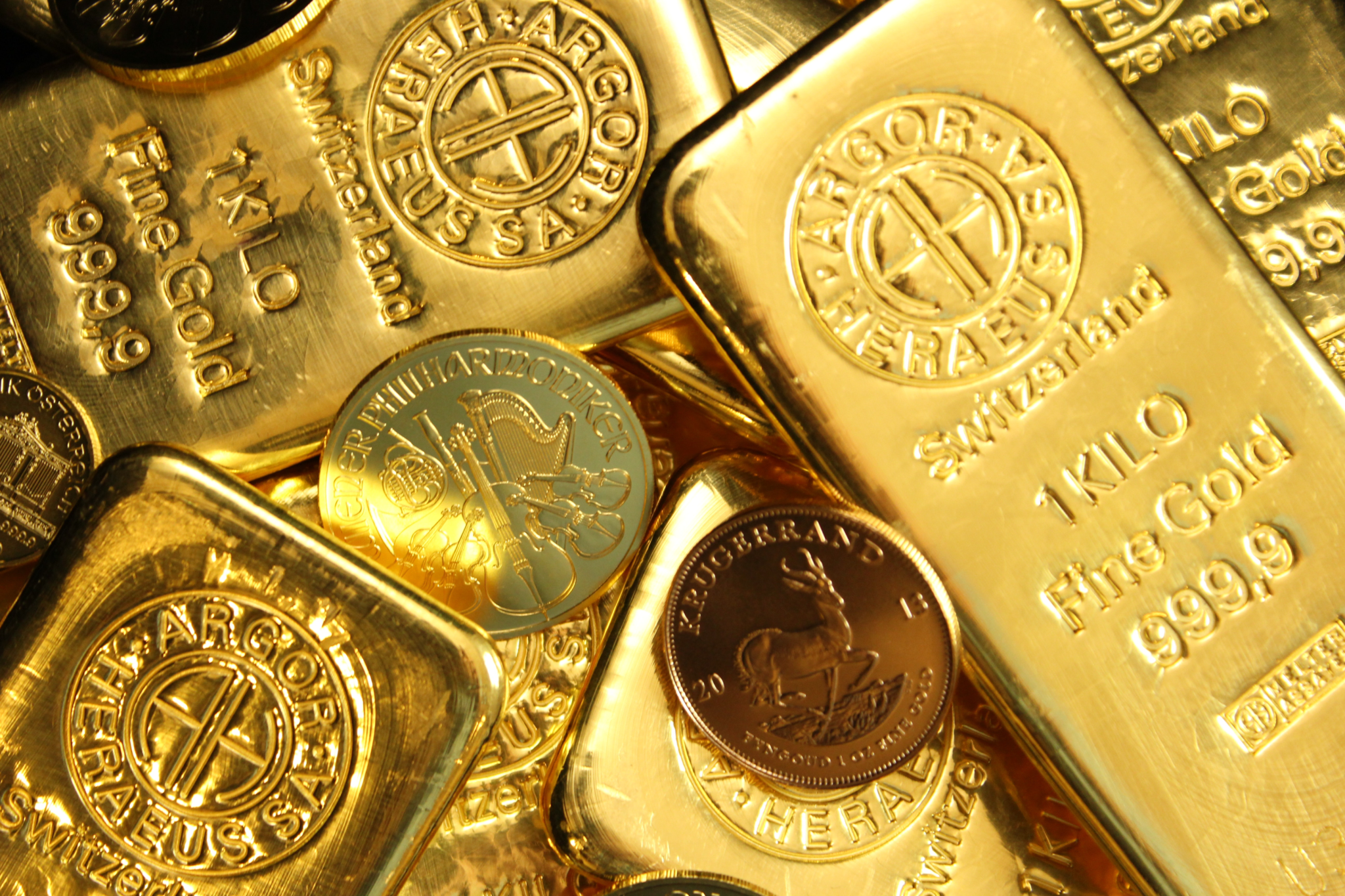 What Is the Gold-plated Quarter Worth?

Due to the minuscule amount of gold plating on it (.003″ is more limited than a thread of human hair), gold-plated quarters aren’t worth significantly more than face value, despite being touted as uncommon collectibles.

As a result, their melt value is exceedingly low. Some purchasers may pay a five or 10-cent markup, whereas the majority will likely offer less face value for such quarters.

You may wonder why gold-plated quarters aren’t outlawed if they frequently mislead customers. Since the coins were not explicitly tarnished with the goal of counterfeiting, they aren’t illegal under U.S. currency law. They could be seen as works of art, purely altered for aesthetic purposes.

What Is a Gold Quarter?

In 1999, the first gold coin was issued. In this case, a third-party plating process printed a gold-coated coating of 24-carat gold on a metal coin. The plating is extremely thin and appears to be 0.003 inches thick, making it smaller than a human hair.

Gold-plated coins have a low melt value and mostly trade for their face value. Most gold-plated quarters are ten cents in value. There isn’t any prohibition against gold-plated coins because they aren’t created or designed to seem like counterfeit gold coins. They are just objects, similar to art with gold plating.

The gold quarter differs from the gold-plated or conventional gold coin. A gold quarter contains more gold than a gold-plated quarter, but unlike ordinary gold coins, it is not entirely gold. You can even use it for precious metal IRA or other investments.

Gold eagles contain 99.99% pure gold, while gold quarters have 7.8 grams. The value of a gold quarter differs from that of gold-plated quarters and gold coins.

What Is the Value of a Gold Quarter?

Despite possessing a face value of a regular quarter, the gold quarters are valuable collector’s pieces worth considerably more. Gold coins’ aftermarket value is mainly influenced by their melting value, which the current price of gold decides. The coin has 25 ounces of gold, costing around 14 times that of a one-ounce bullion gold bar.

At the moment of this writing, the current price of gold is $1,635, implying that a Standing Liberty Centennial Gold Coin may be worth between $350 and $550. Of course, there are additional elements that can influence the price of a gold coin. Because these coins include gold, they are virtually always valued more than their face value of 25 cents. 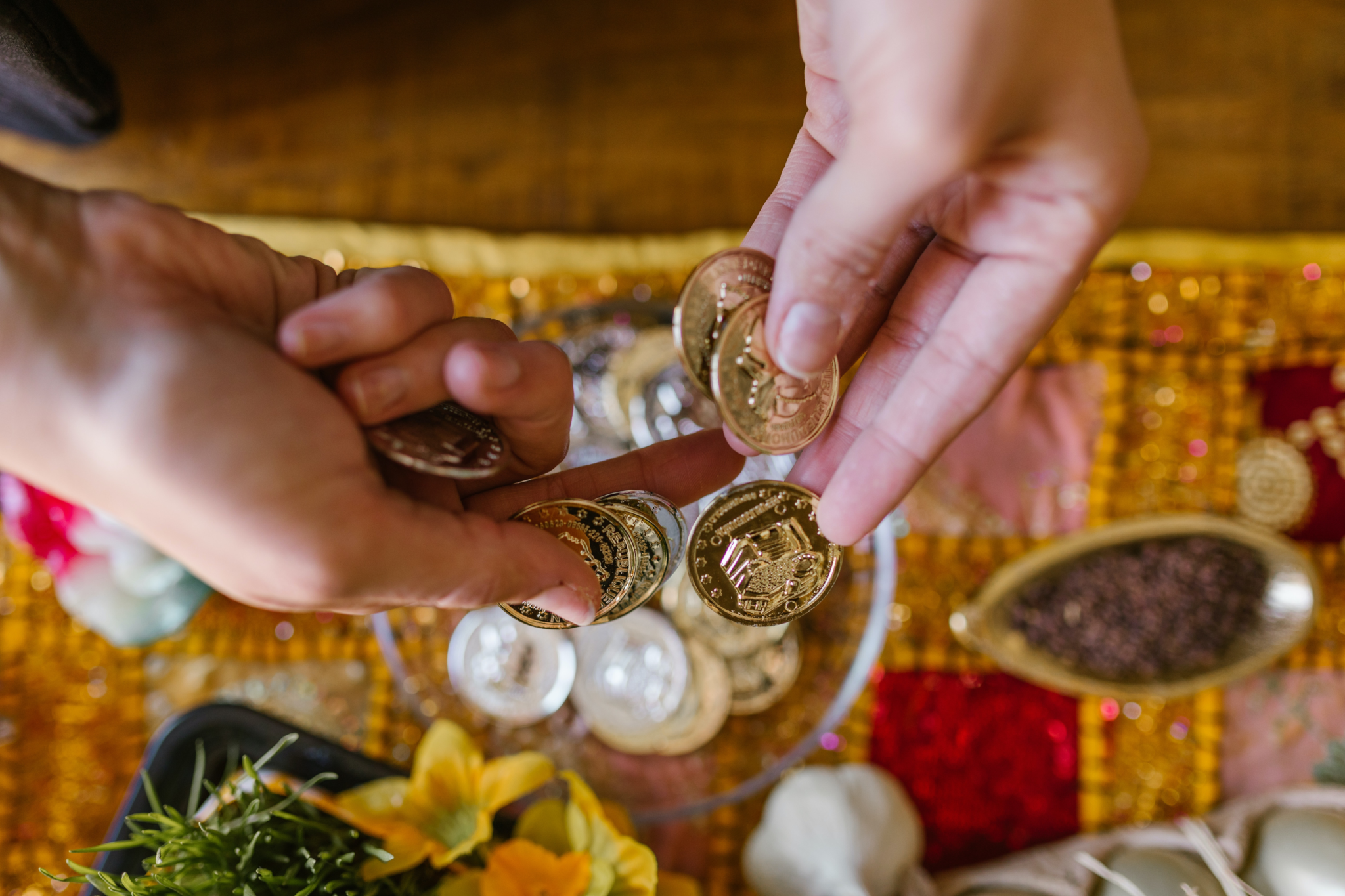 Over the years, wide varieties of quarter coins have been in circulation. We’ve included some facts about the gold quarter coins and others below.

The Liberty Centennial Gold Coin, issued by the U.S. Mint in 2016, is the sole officially sanctioned gold quarter initially circulated to commemorate the 100th anniversary of the Standing Liberty Quarter Design. There seem to be 91,752 issued pieces accessible worldwide.

This piece has a face value of 25 cents and a “W” on its front side, indicating that it was minted in West Point, NYC. The current value of the coin is $485.

This gold-plated coin, known as the eleventh Statehood Quarter, depicts the Wright Brothers’ first flight and contains a small amount of gold. The 2001-minted piece would cost about $5.

These gold-plated quarters, issued in 2001, represent maple trees containing 24k pure gold plating from the Camels Hump. This coin is presently worth around $4.75.

This is a unique and rare coin, and its worth will be much less than $16. These gold-plated quarters are known as one of the rarest ones in the market.

The face value of the Virginia Gold Quarter is $0.25. This was the final design of the States Quarters Program in 2000.

The Minuteman is depicted on this coin at the front of the Minuteman National History Park. This quarter was manufactured as the very first gold-plated quarter of the new millennium by the 50 State Quarters Program.

These quarters are valued between $75 and $225 each and are worth more due to the extra leaf mistake. The leaves could point up or down.

This is a gold-plated quarter that’s been identified as a historical error. The additional tree on the coin’s back side made its mark, and the coin is worth $100 or more.

Is It Worthwhile to Invest in Gold Quarters in 2022?

If you can get an officially approved gold quarter, the current price of gold should be enough to convince you that this is an excellent investment. Genuine gold quarters, like the Standing Liberty Centennial gold, have an aftermarket value depending on their melt value, which changes with the spot price of gold.

Inflation is predicted to climb dramatically in the coming years, emphasizing the significance of making solid long-term financial decisions.

Because of their stability compared to fiat currencies, gold quarters, like every precious metal, offer the advantage of safeguarding you from the harmful consequences of inflation. As money loses value, gold quarters increase in value during periods when regular currencies face inflation.

Increase in Demand for Gold

The price of gold is influenced by several factors, the most important of which is the constant demand from central banks and government vaults. Aside from its usage in jewelry, gold has a variety of other applications. It is also in considerable need in nanotechnology, electronics, and medicine. 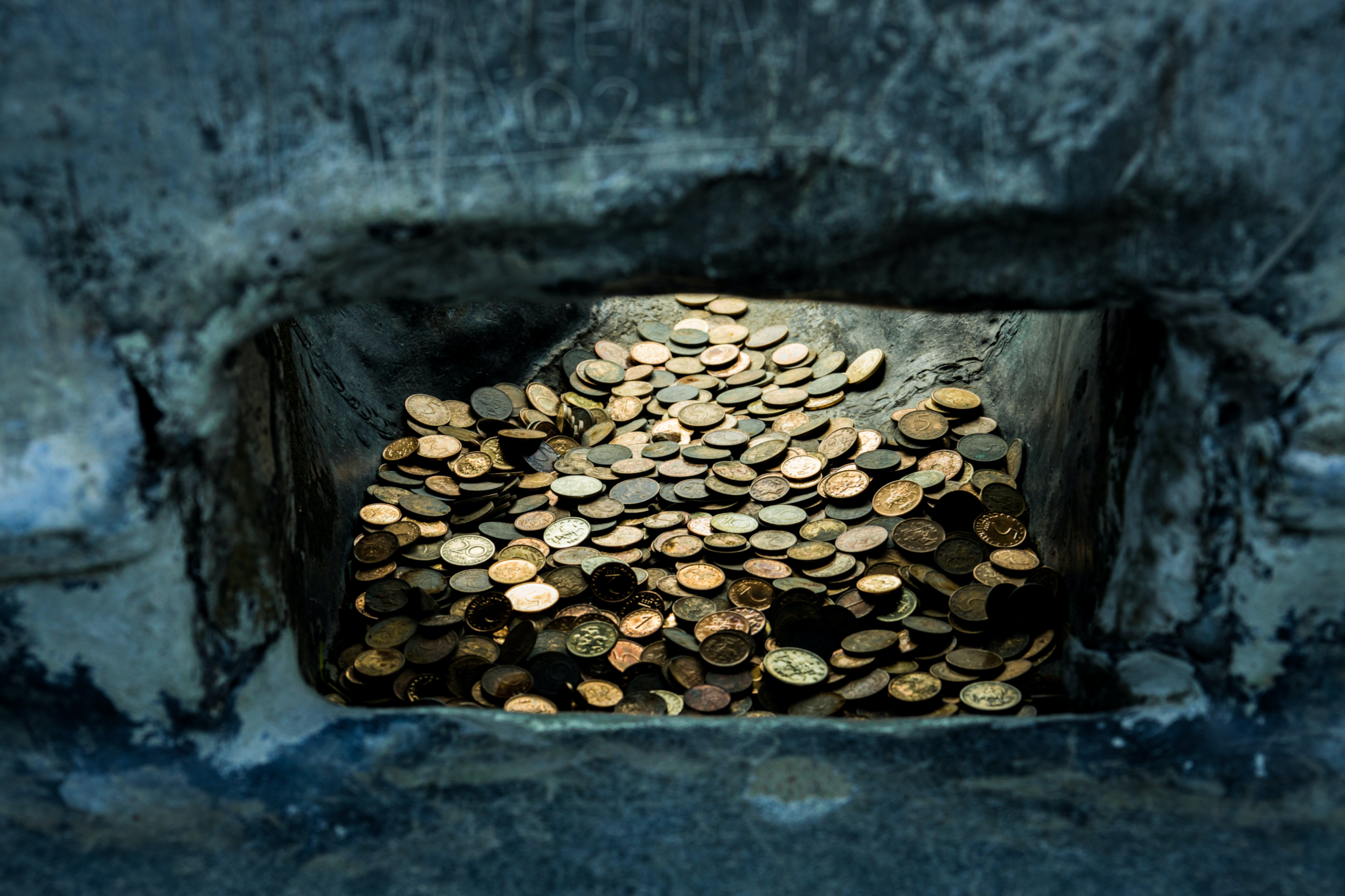 The value of gold quarter coins has been steadily rising since they were initially minted in 2016, just like all other solid gold coins, from the time they entered circulation. To demonstrate this further, consider the following year-end pricing for the Golf Standing Liberty Centennial gold quarter since 2016:

Are Gold and Silver a Risky Investment?

As previously said, silver and gold are exceptionally safe assets. That means your chances of losing money are incredibly low. It should be noted, however, that the costs for silver or gold IRAs are typically greater than those for conventional IRAs.

You will also be unable to receive any tax-advantaged income because gold or silver IRAs do not pay interest, dividends, or other types of returns. Different kinds of IRA investing will allow you to earn tax-free money.

While silver or gold IRAs have several significant disadvantages, contributions to gold IRAs remain tax-deductible. You will not suffer any loss due to theft because the coins will be housed in secure depositories. In addition, eligible Roth withdrawals are tax-free.

Advantages and Disadvantages of Investing in Gold Quarters

The following information is a brief overview of some of the benefits and drawbacks of buying in gold quarters that you’ll need to think about before making a purchase decision.

The melting price of gold bullion generally determines the worth of gold quarters. As a result, given that the current gold price is $1,635, every coin’s average melting value is $474.24, given that each piece is 99.99% solid gold.

Gold-plated quarters have a face value printed or shown on the coin. This is significant in cases where the actual worth of the precious metals often used to manufacture the coin is greater than the face value.

The difference in face value between a genuine gold quarter and a gold-plated quarter is enormous, which means that a mistake can be extremely costly.

There are 91,752 actual gold quarters in circulation, excluding gold-plated quarters, which the United States government has minted since 1792.

Gold coins have increased in value by approximately +66% over the last five years. It outpaced the S&P 500, which has grown by +56% during the same period. Although previous performance is not predictive of future results, the fact remains that gold coins and quarters have significant investment potential.

Many gold-plated quarters are unpractical. However, the amount of real gold quarter in circulation is relatively small.

As a result, the coins are known as collectors’ gold quarters because they offer a comparatively high-profit margin when opposed to the current price of gold for investing in precious metals. Consider buying gold quarters if you want to diversify your precious metals portfolio.

As opposed to a gold-plated quarter, the gold quarter is far more precious. Genuine gold quarters have more gold than quarter-eagles, which are similarly composed of precious metal but worth much more.

I’ve put a list together of other articles about gold quarters that I’ve written. Please feel free to check them out. If you’re looking to invest or buy gold, see below as well!

What Is My Old Gold Coin Worth Today?