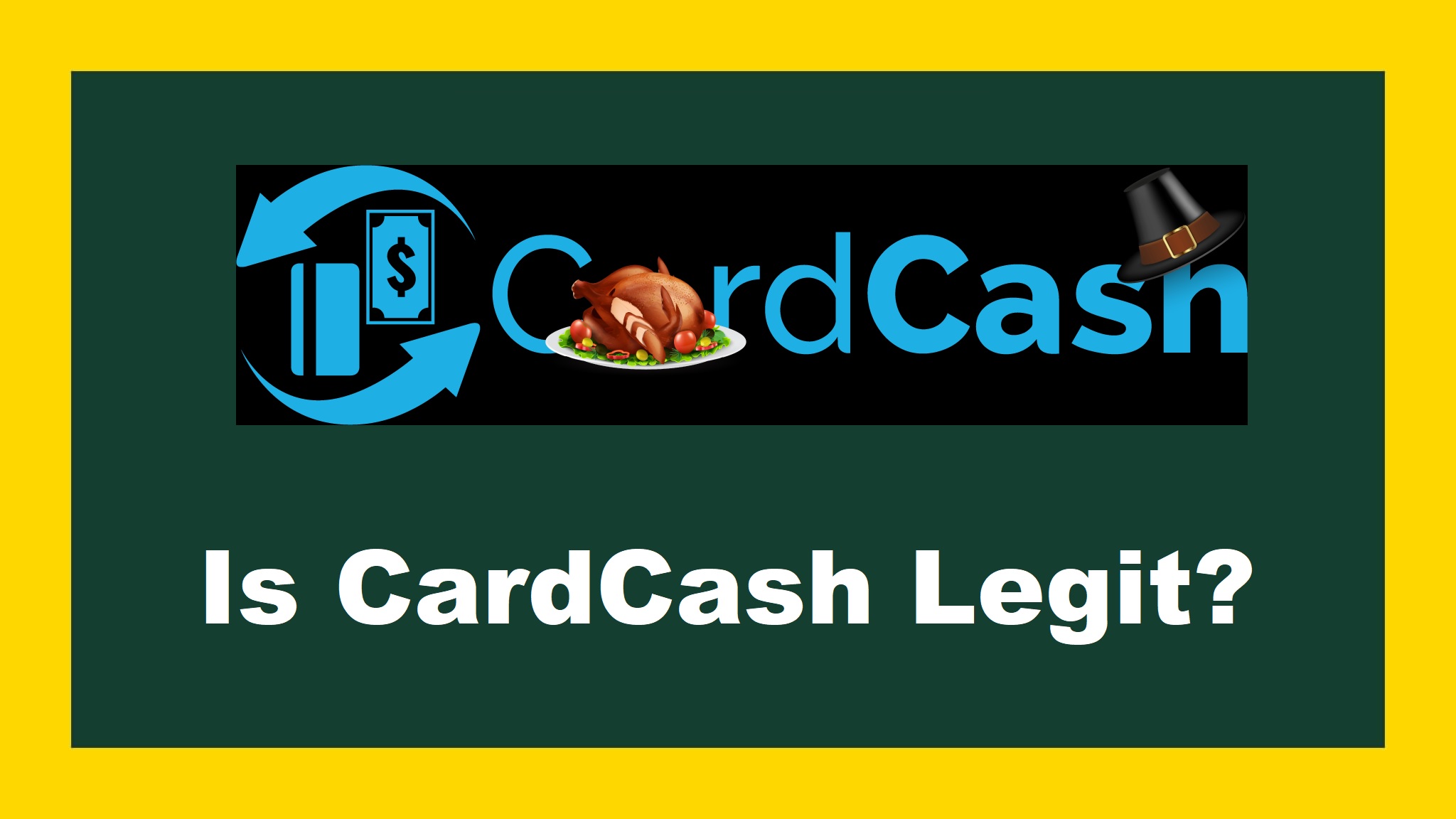 CardCash. Let’s talk about it. I’d be surprised if you’ve never received gift cards before, especially those you probably have nothing to do with. Thankfully, we have several places we can visit to sell our unused gift cards.

Sure, we’re expected to exchange gift cards online for whatever, but sometimes we either don’t get around to it or we’re just not in the mood for what the gift card offers.

Gift Card Granny and CardPool, for example, are pretty good, but then there’s CardCash. Is it good? Is it safe? Would I recommend it?

All good questions, and I plan to answer them all. Here we go…

Put simply, it’s a site that people can use to buy, sell, or trade gift cards for real cash. Under normal circumstances, you would purchase a digital or physical gift card from a store, and then there would be limitations on where you can use it.

Who wouldn’t want to be able to redeem their $100 e-gift card for cash? I know I would, especially since that means I could then use it wherever.

It’s not a new company either. CardCash has been around dealing in gift cards since 2009.

How the System Works

Based on everything I’ve said so far, it’s not hard to see that CardCash is playing the middleman role here. Some people want to sell gift cards and others want to purchase discounted gift cards.

Technically speaking, buying gift cards from CardCash is pretty straightforward. First, you need to snoop around a bit to see if you see anything you like. There are over a thousand brand partners to choose from, so don’t be afraid to take your time.

The “discounted gift card” promise is the attraction here. According to CardCash, if you buy gift cards, you won’t need to pay full price on the items you purchase with them.

Since they’re meant to help you save, these “legit gift cards” come at a lower price. Feel free to pay via credit card, Bitcoin, or your PayPal account.

Selling is also pretty easy. Choose an offer for your card once you like it and then you sell. According to CardCash, you’ll be paid up to 92% of the gift card’s value.

Even if you have a physical card, you don’t need to mail it considering only its number is needed. You can be paid via check, ACH, or PayPal.

Strangely enough, to verify your identity, you may find that the company asks you for your credit card. That’s not the most common experience to have as a seller.

There’s also the exchange option you can go for if you’re not necessarily looking to benefit monetarily from letting the card go. Perhaps you have some gift cards from a store you don’t plan on getting anything from.

You could trade them for multiple gift cards that may have a bit more use to you since they can be from a merchant you plan on doing business with.

How Much Does CardCash Offer to Those Who Sell Gift Cards? 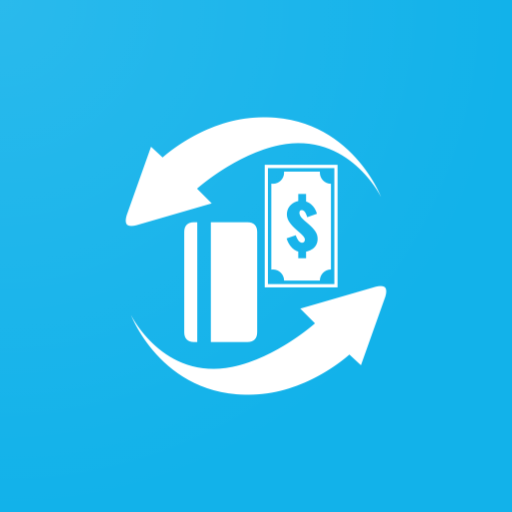 As I said a bit earlier, don’t expect to get the full value of any card you want to sell to CardCash. You will be getting a maximum of 92% of the card’s dollar value. Bear in mind that the keyword here is “maximum.”

Could it be less? Probably. At least you should theoretically see how much you’ll be getting since you would need to accept the offer for the transaction to be finalized.

I’ve found that what you get is very dependent on how popular the merchant is. For example, Amazon is in peak form right now, so a gift card for it or another mainstream vendor such as Target will yield better returns than a lesser-known e-commerce business.

If you’re thinking of going into the gift card exchange business with CardCash as a way of making money, that may not be the best idea.

Is There a Refund Policy for Those Who Purchase Gift Cards?

Nope. If you buy a gift card from CardCash, there is no refund policy to protect you. However, there is what is known as a buyer protection policy. I don’t even know what to make of this because it’s not the clearest thing in the world, but from what I gather, you can essentially opt out of your purchase within 45 days.

After that, you have no claim. Here’s the thing though, there’s a considerable number of CardCash reviews talking about cards spontaneously having a zero balance once the guarantee period has passed. These people have all alluded to the fact that they’ve lost money this way and it sounds pretty scary.

Is CardCash a Legit Platform to Buy and Sell Discounted Gift Cards?

Oh boy. Where do I even begin here? Ok, so here’s what we’ll do. Three big issues prevent me from saying a confident “yes” here. Let me go over them in turn and then we’ll revisit my verdict a little later.

A Lack of Value When Selling Gift Cards

This is something I discussed a couple of times earlier. Hearing that you’ll be getting 92% of the value of your gift card sounds pretty nice. That’s because it’s supposed to “sound” good. Realistically, it’s hard to look at it as anything beyond a marketing scheme to get get you to sell your gift card.

I did say earlier that the money you’ll get could be less than that threshold, but that’s an understatement. Sometimes, the offers are so much less that it becomes appalling. If the vendor your card is from isn’t a popular one, then only luck can help you.

This one right here is the tipping point for so many who were looking to save money by purchasing a gift card from CardCash. Remember how you don’t need to physically ship gift cards to CardCash because they only need the number?

Well, that’s because the value of a gift card lies in its number and not the printed card or its corresponding digital copy. As scary as it may be to think of, since you’re buying the card from CardCash, the company will technically have the card number.

I don’t want to be a conspiracy theorist here, but with so many complaints of card balances tanking or clearing after the guaranteed timeline passes, what else are people left to think?

Heck, there’s even one reviewer who claimed that after the period passed, the gift cards were found to have been purchased (on CardCash’s end) with stolen credit cards.

The Better Business Bureau (BBB) is like a saving grace to so many people who aren’t too confident about businesses, especially those that they’re giving their hard-earned money to when they look a bit shady.

CardCash is classified at the B- level. Now you may think “that could be a lot worse,” and you’re not necessarily wrong, but it could also be a lot better. If a business is doing what it’s supposed to, achieving a decent BBB rating isn’t difficult at all.

If you decide to trade, buy, or sell gift cards via CardCash, you may find it beneficial to know about the potential ups and downs that come with doing so. Let’s start on the more positive note with the pros:

Now, onto the downsides of using the platform:

Selling gift cards on the site is probably the safest experience you’ll have, especially since you can see the offer you’re getting.

However, buying cards is a different ball game. Bear in mind that CardCash is a middleman, meaning you’re not buying new cards.

How Does CardCash Make Money When Purchasing Gift Cards?

It does so by not paying the full value of the card. By setting a maximum payout of 92%, it retains an amount, which is where the revenue would come from.

What’s the Biggest Issue with CardCash?

In my opinion, it’s just the inconsistency of it all. I can see where the experience with CardCash can be a decent one, but also where the business practices are shady at best and downright awful at worst!

So, is CardCash legit? What I can say is that the company definitely exists, and you can potentially have a decent experience. However, its track record is not good and its legitimacy is very questionable. My advice would be to stick to known reputable options such as CardPool.