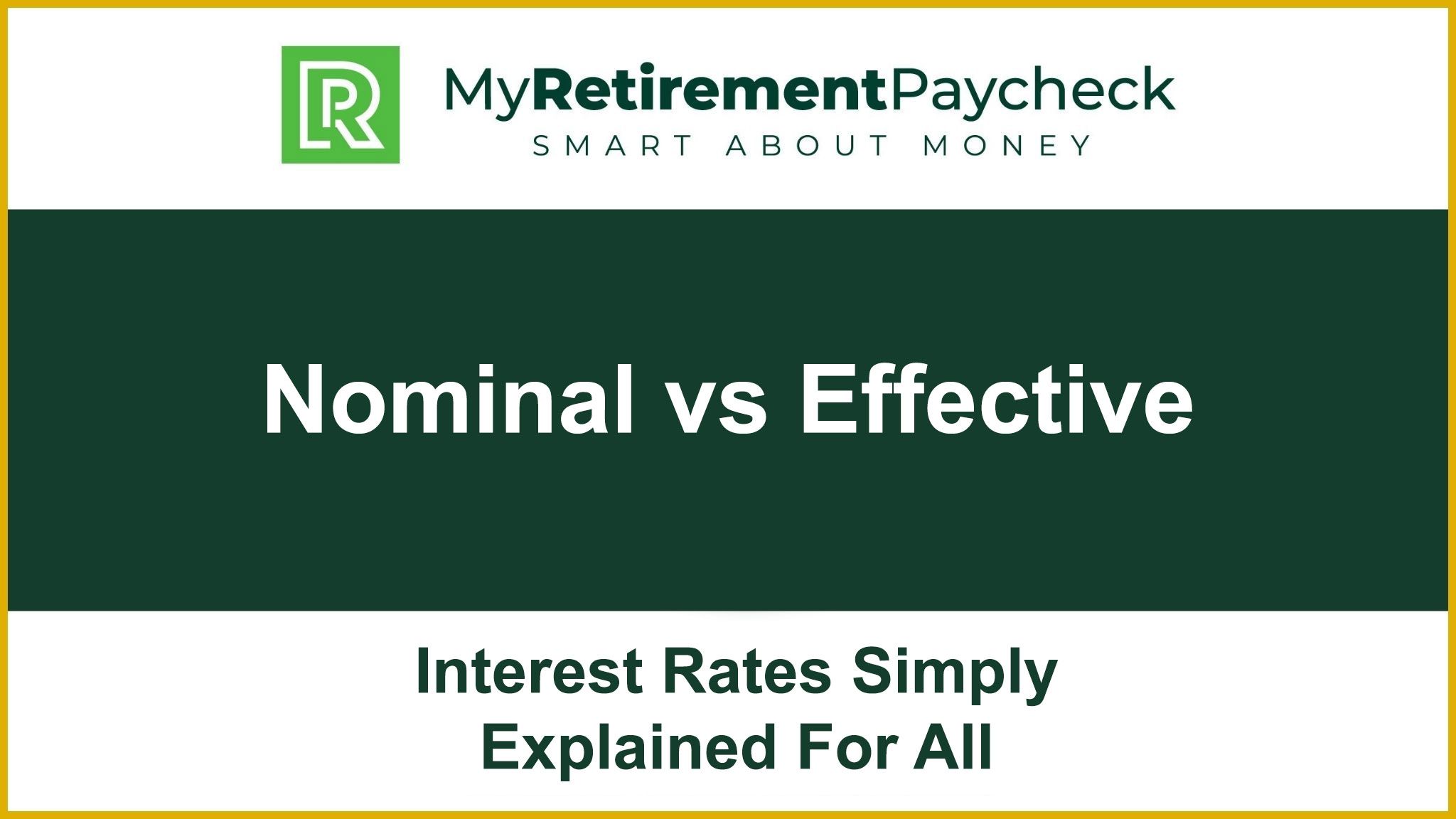 The term “interest rate” is one of the most commonly used words in the investing world. Shrewd investors know that there are different types of interest rates that are distinguished by critical economic factors.

While there are a few different types of interest rates, for the purposes of this article, we’re going to focus on nominal vs. effective interest rates.
What is a Nominal Interest Rate?

Nominal interest rates are the stated interest rate of a bond or loan which signifies the actual monetary price borrowers pay lenders to use their money. For example, if the nominal rate is 5%, a borrower will then pay $5 in interest for every $100 lent. A nominal interest rate is also known as a coupon rate because it was stamped on the coupons redeemed by bondholders.

What is a Real Interest Rate?

Real interest rates take inflation into the equation and give investors a more accurate measure of their buying power. For example, if an annually compounding bond lists a nominal yield of 6%, with an inflation rate of 4%, then the real interest rate will be 2%.
Special Considerations in Interest Rates

This follows the equation of RR=Nominal Interest Rate-Inflation Rate where RR=Rate of Return. Lenders, investors, and borrowers can use this equation to make more informed decisions about their finances. Several economic stipulations can be derived from the formula, which include:

What is an Effective Interest Rate?

Effective interest rates, also known as an annual equivalent rate, take into account the concept of compounding. For example, let’s say a bond will pay 6% annually and compounds semiannually. So, if an investor places $1,000 in this bond, they will receive $30 of interest payments after the first six months and $30.90 in interest after the next six months. In total, the investor will receive $60.90 for the year–at a nominal rate of 6% and an effective rate of 6.09%.

Money supply and demand affect interest rates. Understanding the dynamics of the market conditions helps you as a consumer and investor to make good decisions and plan well. Other factors affecting nominal and effective interest rates include:

Fiscal Deficit and Government Borrowing – The higher the government’s deficit, the more it will borrow, which means a higher demand for money and an increase in interest rates.

Inflation Rate – The inflation rate will move in the opposite direction as nominal interest rates, which governments will influence by adjusting the existing interest rates. If they see that there is a need to lower inflation or increase spending, they will reduce the interest rates for borrowing, thus increasing consumer purchasing power.

International Fisher Effect – In an ideal economic situation, the nominal rate of interest is supposed to reflect the ideal inflation rate and the real rate of return. There are controversies surrounding the Fisher Effect, however.

The differences in interest rates are important when it comes to loans. For example, if a loan has a frequent compounding period, it will be more expensive than a loan that compounds annually. Also, a bond that pays just 1% real interest may not grow adequately for an investor over time.

The Bottom Line on Interest Rates

When we’re looking to increase our investments and retirement portfolio, we’re also looking to do so with as minimal taxes on our investments as possible. You will want to look at your overall investment goals and determine which type of interest rates will work best for you, whether they be nominal vs. effective interest rates. This decision can best be helped by contacting your financial advisor who can help guide you to the best methods of increasing your investments and retirement portfolio based on your goals and needs.