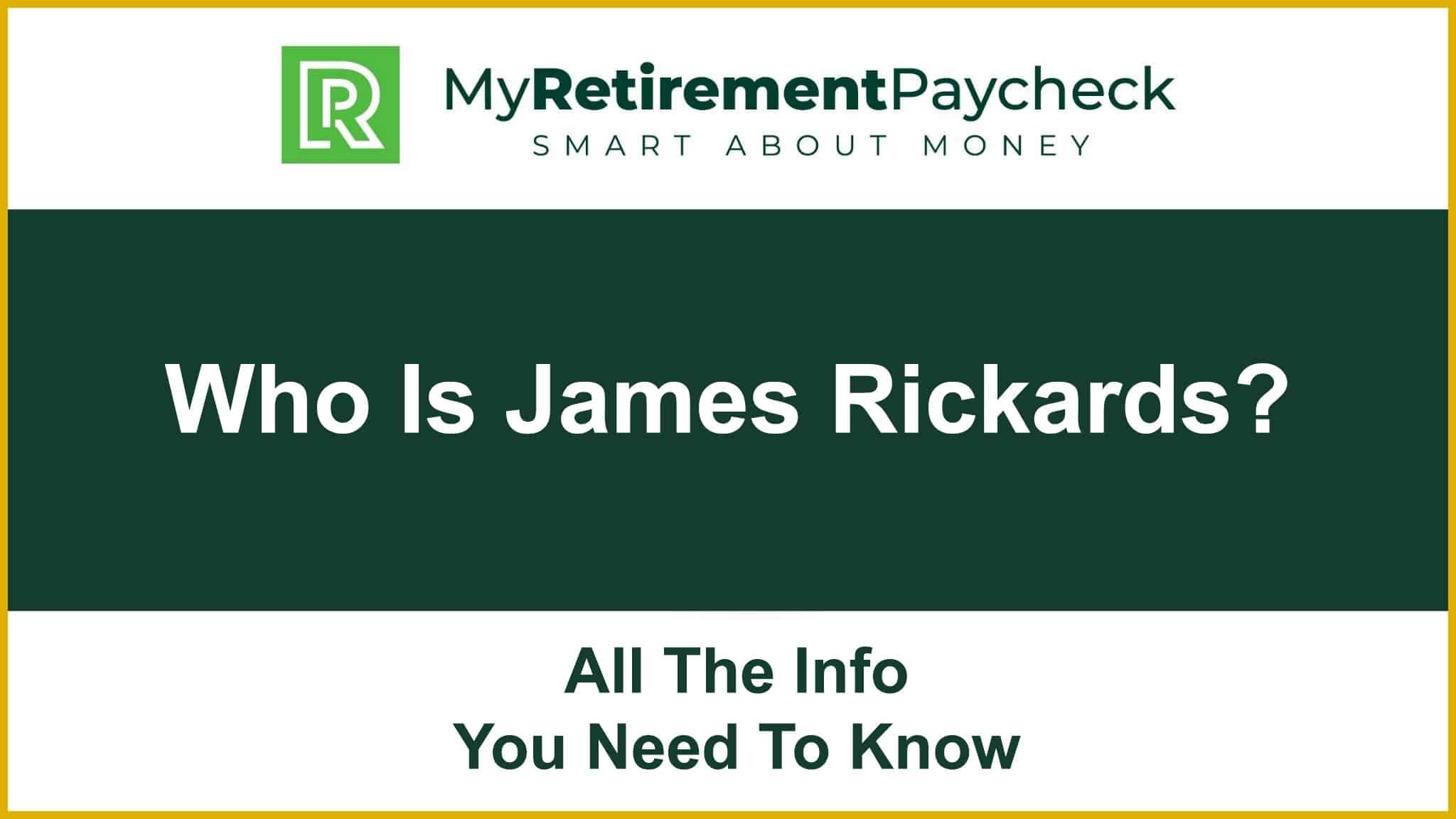 Not everyone is a geek for investments, which means we often have to get our information on finances from experts. This can also be a bit tricky, as you never know if what the supposed expert is talking about is a good idea or not. And, what is their experience, anyway?

One of the big names in the investment world is none other than James Rickards. Rickards is a lawyer, author, and investment banker who definitely enjoys all things financial. If you’re interested in the minds who live and breathe finance and precious metals, consider this short bio of James Rickards.

James G. Rickards graduated from high school in 1969, Johns Hopkins in 1973 with a Bachelor of Arts degree with honors, Paul H. Nitze School of Advanced International Studies, the University of Pennsylvania Law School, and New York University School of Law with a multitude of degrees including his Juris Doctor and Master of Laws in taxation.

Rickards held a senior position in Citibank, Long-Term Capital Management (LTCM), and Caxton Associates.He successfully negotiated for rescue relief for LTCM in 1998 and worked on Wall Street for over 30 years. Later, Rickards became the senior managing director of Tangent Capital Partners LLC and the senior managing director for Omnis, INC. In addition, Rickards has recommended that investors accumulate gold due to the risks the U.S. dollar was facing because of inflation and foreign governments.

In 2009, Richards testified before the U.S. House Science Subcommittee on Oversight about the 2008 financial crisis. James Rickards has claimed that he has advised the U.S. Department of Defense, U.S. intelligence and that he served as a facilitator for the Pentagon for the first financial war games. He is a frequent guest-lecturer for numerous universities and organizations that focus on Right-Wing issues and finance.

James Rickards published his first book in 2011, called “The Making of the Next Global Crisis”, where he argued that money wasn’t just a financial concern, but one of national security. Since that first book, Rickards has published six more books, including:

You can also find Rickards works in The Financial Times, Evening Standard, New York Times, and Washington Post. He is also the Editor of Strategic Intelligence, a financial newsletter, and Director of The James Rickards Project, an inquiry into the complex dynamics of geopolitics and global capital.